Australia Search for Asian Consolation After Failure in Russia 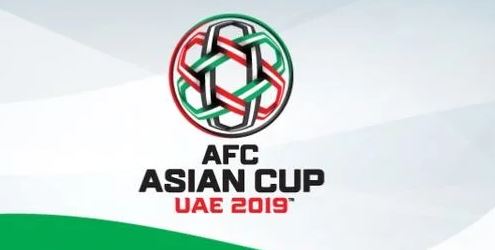 A brand-new Australia will look for consolation during the Asian Cup following their devastating group round exit at the Russian World Cup earlier this year. Under Bert van Marwijk, their former Dutch coach, the Socceroos made an exit out of Russia without any wins and only managed to score two goals due to penalties which underlines the squads’ struggles to score a goal against other quality defences.

Graham Arnold, the new head coach of the Socceroos in his second stint, has managed to shake things up when it comes to the attacking formation, going with three interchangeable strikers at the front as opposed to using the traditional centre forward. This new move has managed to pay dividends while playing against lighter sides, especially when you look at the 4-0 victory against Kuwait who is currently ranked 158th in the world and the 3-0 loss against Lebanon who is currently ranked 81st in the world when they played friendlies against these two teams.

However, against South Korea, the current heavyweights in Asia, the new formation was far less effective and the Socceroos required a last minute equalizer from Massimo Luongo to take a 1-1 draw during their match in Brisbane even though Australia was dominant during the game. Placing the reality check aside, Arnold believes his team can win every match in the UAE. The determination portrayed by Arnold might also be fueled by the need to eliminate the stain that is currently over the Socceroos when they had a poor performance during their debut in 2007 when Arnold coached the Socceroos to a quarter-final exit when the tournament was co-hosted by Malaysia, Thailand, Indonesia, and Vietnam.

https://oldxavs.com/wp-admin/post.php?post=175&action=edit
Having surpassed Guus Hiddink following Australia’s performance during the 2006 World Cup where they managed to reach the final 16, Arnold inherited a team that was predominately equipped with European-based players which suffered heavily under the Southeast Asian heat before they were eliminated by Japan due to penalties.

Arnold publicly criticized his senior football players throughout the tournament and 6 months later was surprisingly replaced by Pim Verbeek where he was demoted to assistant coach. When you compare the players that were used during 2007, Arnold will need to rely on a modest roster during his time in the UAE.

The Socceroos lost a great deal of experience following the international retirements of Mile Jedinak as the long-serving skipper and Tim Cahill as the leading goal-scorer. There’s only 8 out of 23 players in the current squad that share in the triumph of 2015. However, the current squad still has loads of quality, featuring 6 who managed to play during the South Korean final which includes Mathew Leckie, Luongo, and Matt Ryan.

The defence of Australia is considered one of the strongest in the Asian Cup tournament and Arnold doesn’t see why he should make any changes to improve on it.