Old Xaverians Gets A Man With A Plan

Satterley’s impressive resumé also includes that he has been a development coach, full-time at the Melbourne Football Club as well as the Werribee senior coach and then at the Northern Knights he has been the head coach. As a player, Paul Satterley is remembered for his three years at the Western Bulldogs as well as winning the JJ Liston Trophy while being a part of the Werribee team.

When asked why the decision came to Paul Satterley, Cosgrave was ready with an answer, and he immediately shared that Satterley indeed ticked all the boxes and that the club completely trusts that Satterley’s tenure would be one that is a successful and enjoyable partnership between the club and coach. Cosgrave went on to say that after numerous conversations with Satterley it was revealed that he has a solid club culture understanding and with be the perfect fit in all regards. After also talking to numerous people about Satterley the club had several glowing referrals about both his abilities and character. What stands out most is Satterley’s experience, he is known to be particular with time, and he has all the characteristics required by the Xaverians football community. 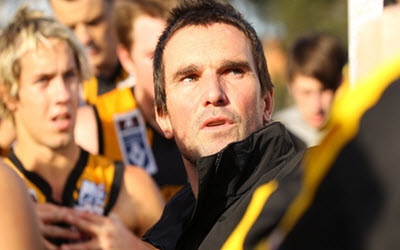 Over the upcoming weeks, the club will be working with Satterley in finalising his coaching team. Paul Satterley, his wife Liz and his family Tom, Jack, Summer and Ava was warmly welcomed by the Old Xaverians Football Club, while Matt Hannebery was thanked for the outstanding job he did during the past season.

From all accounts all eyes are on the man with a plan, Paul Satterley and here are some of the experiences list on his resume that indeed impressed the Old Xaverians Football Club.