Today, both of the Old Xaverians women teams travelled to Parkville, Victoria for an afternoon game to fair against the Melbourne University teams. Despite the Old Xavs week-long training regime and practices of their plays – neither team was able to take home a win for this week. One of the teams that played were Varsity – meaning that they have years’ worth of experience playing the game along with an extra dosage of polished poise due to their dedication and practice of the sport. However, despite the team being of a varsity level, speed does not seem to be one this team has a lump sum of. They make up for it by having some of the best play execution methods around.

While both teams were playing, fully decked out in their iconic and noticeable red striped uniform, they both failed to take given opportunities – which ultimately led to both team’s failures on the field. Mainly, the players seemed to have missed shots, failed to take advantages of openings, and even stalled. Plus, due to the black team’s lack of experience, the Melbourne University players easily sought out and found the blacks weaknesses and exploited them fully while on the field. 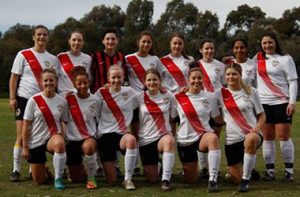 Moreover, despite the losses – the teams suffered some injuries during the game as well. For starters, the red player, Grace Purchase, managed to get an uncomfortable and painful knew to the neck during one of the plays. While Rachel Cox, also of the reds team, had to leave the game due to the suspicion of having a broken collar-bone. However, the seriousness of these injuries is still unknown and more detailed will be released soon. Meanwhile, on the blacks’ team, Emily Archer was sporting a corky, thus ending in her time on the field for the day.

The coach of the team, Rohenna Young commented about the overall game today. In brief, she stated that the game was obviously not the game the teams were expecting to play. She added on about how both teams were enthusiastic, and the loss was not due to lack of trying, it more so as a result of shortcomings that couldn’t have been helped. Furthermore, she stated that today was the blacks 12, the team consisting of half the original amount of players, fifth time and the lack of experience compared to the other team leaders to the lost game. 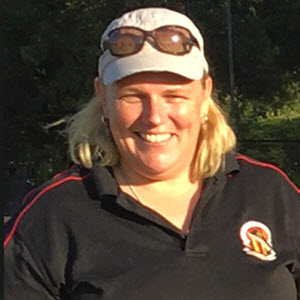 Coach Young then went on to state her sorrows regarding the injuries that both Old Xaverians teams suffered from. However, she believes that the results of the game showed what the teams have to work on to ensure it doesn’t happen again. The coach seemed confident when explaining that with some more determination and more accurate planning and thinking from the players – the next game they will be a certified win.