Rhyan Grant, the Socceroos defender, insists that his side will make their way to UAE for the Asian Cup next month and is certain that they possess both the game plan and the players to claim continental titles back-to-back.

Grant, while speaking to the media commented that “You will always be confident once you become defending champions,” Rhyan Grant stated to reporters earlier this week. Just the involvement in the most recent camp will tell you that the guys are extremely upbeat. Everyone is set to go and perform well during the Asian Cup tournament. There is absolutely no doubt that we can win this. There’s simply no other reason why we are going.” 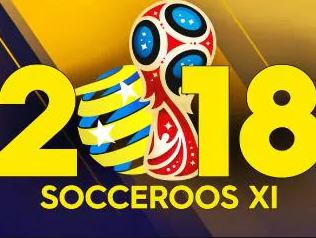 The planning by Graham Arnold, the Socceroos’ head coach, has been severely clouded due to injury concerns when it comes to his creative key players where Daniel Arzani has been ruled out after suffering a severe knee injury that ended his season with Celtic in Europe. Midfielders Tom Rogic and Aaron Mooy has been included in the 23-man team, even though Mooy was ruled out for at least 6 to 8 weeks following a Premier League game against Arsenal recently.

The injury will see him miss most of the early stages of the tournament, but Arnold decided to het his own medical expert who will report back to him later this week after doing an assessment on the fitness of Mooy prior to the start of the tournament. This is how important Mooy is to the team and they will have until 5 January 2019 to make the necessary changes to their overall squad.

Even though there are several injuries in the team, Arnold believes that there is more than enough talent in the squad to cover any unexpected injuries going forward. Arnold, while speaking on thei njuries stated,

“It’s never a good thing to see someone go down due to an injury,” Arnold stated. “This is especially true when it comes to Daniel Arzani who suffered a serious injury just when he started playing. Everyone wants Rogic and Mooy to be there and even if they are simply bystanders, there’s no denying that they want to see the best players from Australia on the field. However, while saying that, the team does offer incredible depth. Should there be a problem with any of the key players, there are enough reverse to completely cover their positions. Take a trip back to the previous Asian Cup, Luongo had a phenomenal tournament. He’s always been a fantastic player but most fans didn’t know him very well. You can never tell if that’s going to be the case with someone new this time round.”

After Bert van Marwijk made his short-term appointment during the World Cup, a new manager was brought to the team to take over the Socceroos by the name of Graham Arnold. Since he started with the team, he has made several improvements which is why everyone is excited to see how the Socceroos will perform in the upcoming Asian Cup. This can definitely be a new era for the national squad thanks to a brand-new head coach.