The story of Xavier College started after Bishop Goold invited Irish Jesuits to Melbourne so that they could run the St Patrick’s College, diocesan school of St Patrick’s College. When they arrived, it was found that the location for the school was not ideal for boarding of students. The foundation of the school was laid in 1872, and its south wing saw completion in 1878 and the grand opening of the St Francis Xavier’s College. The first year includes 92 students, of which 41 resided in the boarding rooms.

In 1920, the house was donated by Archbishop Mannix and land located next to the college was slated for a preparatory school. The prep school was opened as the year drew to a close and saw 370 students entering into studies. As the years passed, the Preparatory School was r-named to honour the late Mr Thomas Michael Burke, a businessman and Catholic philanthropist who first owned the property. A second predatory school was established in 1936 on the neighbouring property, and prompt remodelling got underway to create the appropriate facilities. 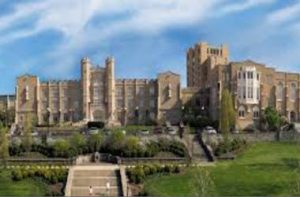 As each of the campuses became established, and student enrollment increases, the courses offered and sports were expanded. The first of those were football and cricket and following this came tennis, rowing and various athletic. The first rugby competition was in 1960, and the school’s first soccer competition came in 1970 and in 2001, Aikido also joined the list.

As the year went on, the educational program was expanded, as were Early Years Centres that are focused on providing education to those youngest as the Jesuit did in the past. This was a major turning point in Xavier history and broke the tradition of being a male-only school.

The Ignatian Service program and the work that is performed collectively with the Xavier Social Justice Network is traceable back to the time when the school was set up by the Jesuit priests. The early 1900’s saw a fund established to encourage those attending the school to engage in learning spiritual studies. It was created to fund programs, provide assistance when needed to both students and community.

In modern times, the college continues the work of the Jesuits tradition towards education. The school began with 92 students but today over 2000 are enrolled, and many carry on the legacy of the priest’s teachings and work towards inspiring others to find their unique qualities and work towards developing them to their fullest. This includes the mind, the body, the soul and heart of each student.

There are many Old Xaverians who have gone on to become leaders in the fields they chose, both nationally, locally and even internationally. Regardless of where life takes them, in their hearts, they will always be Old Xaverians.